From the top seeded heats very few of the drivers had a clean run and the ones who did took it to a new level. The battle for second place in the championship is live and close.

In heat 7, the Holdsworth brothers were going well but not having clean runs. The track surface is warm and many drivers are suffering from bounces and rolls as the warm tyres snag. Luke loged a 13/305.86 with Josh some two seconds behind – not the fastest of times we’ve seen, but good considering the direction the track grip levels are taking. The brothers ended up 5th and 6th in round.

In heat 8, Ben Smith ran on a similar pace as the Holdsworths but with less little errors. He was unlucky not to make 14 laps on a 13/300.02 going 2nd in round. Edward Callan finished second in the heat a couple of seconds behind. Tommy Hall had a run to forget some 15 seconds off Smith’s pace. If Hall is to challenge for second in the series he will need his luck to change.

In heat 9, Lee Martin was first away and suffered from a bad bounce on the first lap. This allowed Michal Orlowski through on a clear track and he never looked back. An impeccable run to secure 14/317.37. Martin recovered to put in a time just shy of Smith’s 13/300.13.

Overall 4wd points after Round 2 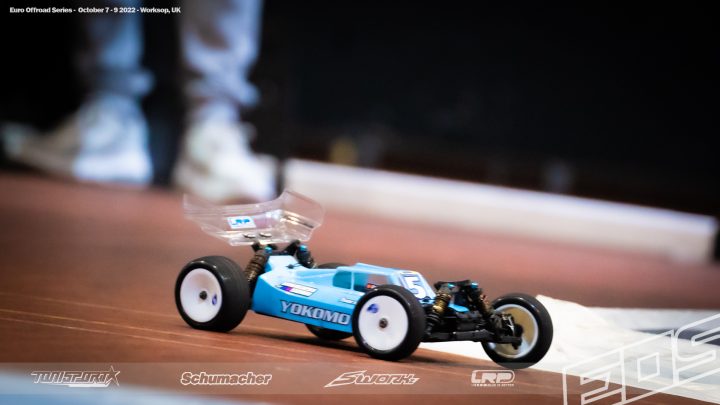