We’ve just witnessed an incredible top heat in Round 4 qualifying in 4wd modified. Marcus KAERUP [DK] burst out of the traps to take the lead of the heat and the gap on track to his next challenger, Michal ORLOWSKI, looked larger than expected right up till mid race. Then the tables turned after the mid point and ORLOWSKI started to chip into KAERUP’S lead, as his teammate Jorn NEUMANN also made progress into KAERUP’s lead. ORLOWSKI’s consistancy paid off as he managed to pass KAERUP on the timing system, but not on track to win the heat and secure overall TQ. NEUMANN also just pipping him to second.

After all four rounds – the overall qualifying ranking looks like this….. 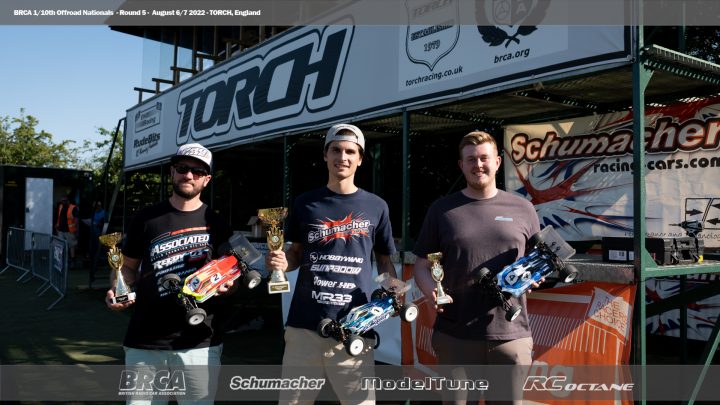