There is one four letter word that comes to mind when thinking about this year’s 2wd European Championship and its been muttered at some point by every driver over the last three days; the word is… wait for it… “HARD”. Hard track, hard surface, hard traffic, hard luck.

Over the three days, one hundred and forty plus drivers have done their best to negotiate the dusty, slippery and hot conditions, trying to be the best version of themselves possible. What unfolded in the later stages of the event represents the epitome of new guard vs. old, and experience dominating raw talent.

During the two rounds of controlled practice, keen eyes observed from the timesheets that the locals had lots of pace on this track, and for international visitors it was going to be a hard fight to try and beat drivers whom normally occupy the lower finals. But at the sharp end it was business as usual – any of the top twenty drivers from practice could be a shoe-in for the A main. Michal Orlowski continued on from his warmup win to be top seed for qualifying and to also secure round 1 of qualifying – ahead of scandinavians David Ronnefalk and Joona Haatanen. Ronnefalk running a preproduction HB 2wd car.

Round 2 of qualifying again saw the TQ battle taking place in the top heat. A scrappy session full of mistakes allowed Joona Haatenan to seize the fastest time after being gifted a clear track early on. Haatanen showed a level of control and smoothness not common for drivers of his young age, reminding us of a young Teemu Leino.

At this point, all eyes were back on Orlowski. Could he have a clean run under the pressure? could he be safe but retain his speed? could a third challenger emerge? In round 3 of 2wd qualifying the answers were Yes. Yes….. and… well, read on.

With Orlorski’s two TQ’s to Haatanen’s one, and with the pace shown by Polish teenager many considered the remaining two round of qualifying as a formality, but they couldn’t have been more wrong. The air and track temperatures started to climb towards 35 degrees C and the humidity spiked meaning that the track conditions became loose and this reduced Orlowski’s performance advantage. In round 4, it was the other teenager, Fin Joona Haatanen who put on an exceptional performance to take his second TQ – and his time was faster than Michal’s!

So, as the track continued to deteriorate, it was still all to play for into round 5 of qualifying. It is in these conditions that experience can lead to huge advantages. In the final round of qualifying, a new battle developed. Great Britain’s Lee Martin and Sweden’s David Ronnefalk swiped at each other for almost the full five minutes with mistakes occuring from all of the top drivers as the cars failed to behave themselves. Lee Martin took the round so TQ would have to be settled on fastest time from the Orlowski and Haatanen, and it went to the Fin. Orlowski second, Lee Martin third and David Ronnefalk fourth. Reno Savoya in fifth lead a pace break and even though anyone in the A main could win the title, it looked probable that it would be one of the top four.

Before talking about the three epic A mains allow me to digress a little and talk about pressure. Im not talking about the air in your tyres or megapascals per millimeter squared, I’m talking about emotional pressure – the type that rattles your knees when giving a speech or brings you out in a sweat on a first date. Dealing with this pressure is a personal thing and adults are quite good at it – a few deep breaths, close your eyes for a moment or as Trish Neal says -“find your happy place” – most of the time, putting the blinkers on and focusing on the race ahead rather than the title is best. In my opinion, the pre-final photo shoot and on-track pep talk which Joona received from his closest peers was far too intense and several of the more experienced drivers called the issue as they saw it. It may of been a case of the family and manufacturer’s expectations were being loaded onto the boy’s shoulders before he took part in the biggest race of his career. Similarly, Orlowski was fully loaded as he had won the warm up, dominated qualifying and had TQ’d two rounds only to find himself just second on the grid instead of on pole position.

So, time for the mains.

As is customary, the A main drivers participated in a group practice. It was clear from this that the track had become extremely loose and some drivers were visibly in trouble as the overall pace slowed. In A main leg 1, Joona Haatanen put on a display worthy of the overall title not just the leg. Such a controlled and well paced drive is rarely presented by someone so young, relatively inexperienced and under so much pressure. But the added pressure of winning leg 1 may have been the straw that broke the camel’s back. Orlowski was showing signs of strain also having defended his position from David Ronnefalk for three of the five minutes. Haatanen first, Orlowski second, Ronnefalk third.

In A main leg 2, Haatanen made a good start, but was immediately under pressure from Orlowski. The two boys were each quickest at different parts of the lap, which made for very intense racing. On the third lap Orlowski made an unforced error, granting positions to Martin and Ronnefalk. At the mid point of the race, another unforced error, this time from Haatanen gifted the lead to Lee Martin and it now appeared to be a two horse race. An epic battle unfolded and the two men’s pace was so close that only a drag race down the straight would settle the battle. At this stage, it had been quite some time since the timing system had announced that thirty seconds remained in the race but no finishing tone had sounded, perhaps there wax time for one more lap. As Ronnefalk and Martin drag raced side by side down the staight, the former had the line into the first corner, Martin had to yield to keep his speed through the turn, but as they entered the first corner the timing system announced that both drivers were finish, a hard end to a great race. Ronnefalk first, Martin second, Haatanen third.

This left the title claim wide open. Haatanen and Ronnefalk with a win and third each, Martin with a second and a sixth. Winner could take all, but it looked like it might come down to a fastest time. The third leg of the A main started and the drivers formed a procession for the first several laps, Haatanen leading, Orlowski applying pressure, Martin also applying pressure to Orlowski whilst holding off Ronnefalk. The atmosphere was intense and the crowd was raucous.

Martin was first to break letting Ronnefalk through. At the same time, Orlowski was trying to outjump Haatanen with no success and very lucky not to cause a major issue as there was contact several times. Martin recovering to fourth at this stage. Orlowski from second was next to faulter. Oversteer on a hairpin lead to a spin and a resultant voluntary retirement. A lap later, it was leader Haatanen to fall of hard luck when a lack of traction caused him to go airborne in a unrecoverable way requiring a visit from a marshal. Ronnefalk now leading, Martin in second. A lap later, and for the first time not in a battle Ronnefalk made an unforced error letting Lee Martin through. An epic battle unfolded for the final three laps where the lead would be swapped twice, however Lee Martin came out on top in the end.

Lee’s leg 3 win was unfortunately 0.114 seconds slower than Ronnefalks leg 2 winning time which gave the title to the later. An incredible performance from the Swede and hard luck to Lee in second, Joona in third and Michal Orlowski.

It has been an epic event. We have witnessed the emergence of two new super stars who will have their era starting soon. We have witnessed experience beating off raw talent, but its time is limited. And we have crowned a worthy champion till next year.

Have we seen next year’s IFMAR world champion in action this week? Very possibly. 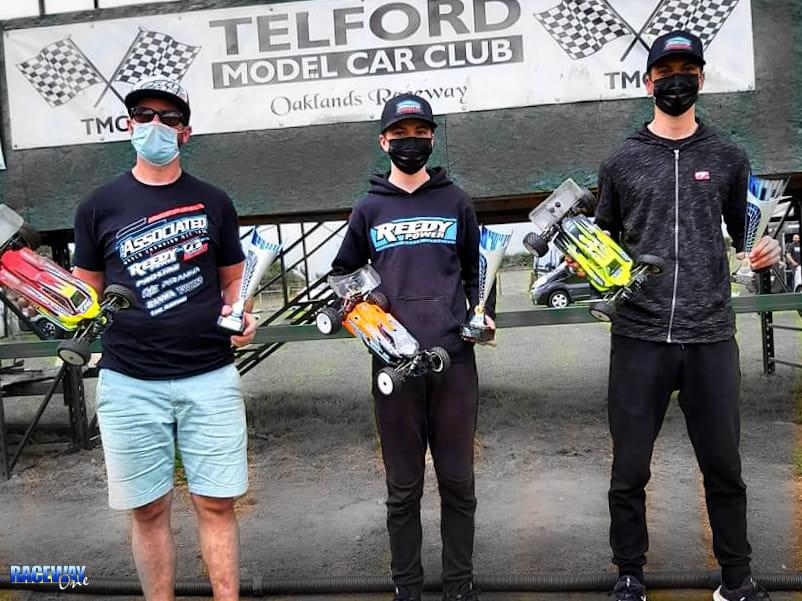 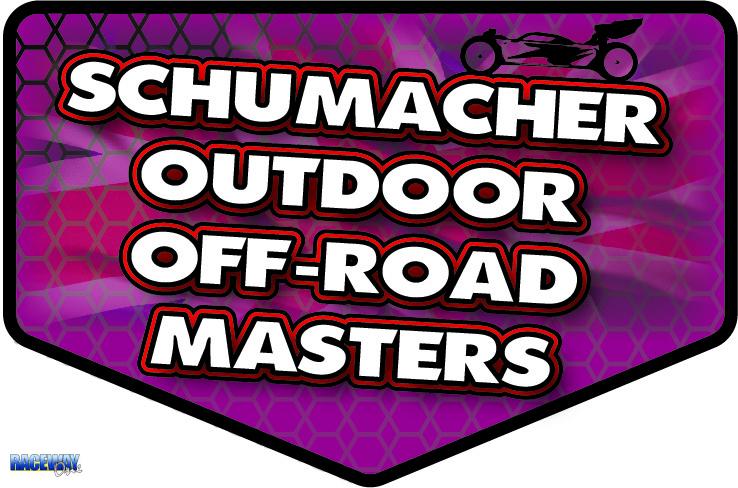 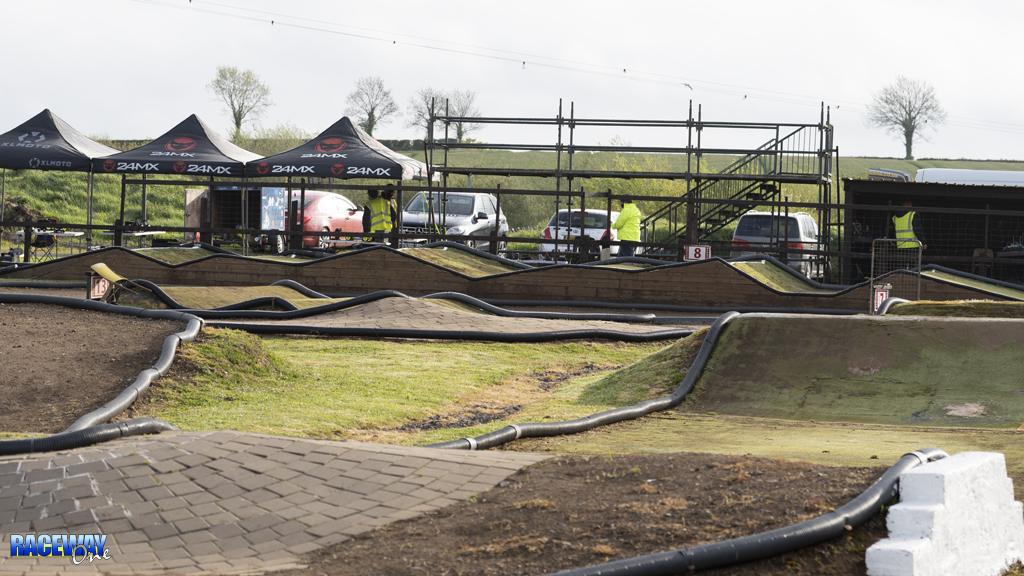